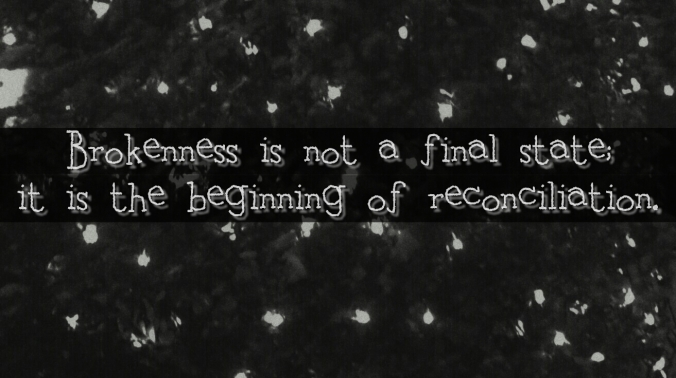 Though Charles Darwin did not write On The Origin Of Species as an attack on Christianity, many people interpreted it that way. The controversy of the seeming conflict  between natural selection and Genesis was not limited to Biblical literalists, but was also a concern for Christians who were not in theory opposed to more scientific theories of creation. The real danger of Darwin’s theory was what it said about the nature of life: it was not powered by love and redemption, but by competition and dominance. What did this reveal about God?

Maybe nothing as startling as it seemed. Another Biblical myth – the Tower of Babel – tells us that when God felt humans were growing too powerful and unified, he destroyed the tower symbolizing their potential, forced them to speak different languages, and scattered them across the world. God forced diversity upon his creation, setting tribes at odds with one another. Whether we read Darwin or Genesis, competition and diversity are central to the story.

In the Jewish myth of the Shattering of the Vessels, when God says “Let there be light” he sends forth his divine essence in ten vessels. The vessels are too fragile and they shatter, scattering divine sparks across creation. It is the duty of humanity to collect these sparks and repair the world. Division and scattering seem integral to our creation stories. We recognize the world as broken, and long to restore it.

Now consider Jesus at the well, talking to the Samaritan woman. They are separated by language and culture. As a woman and a Samaritan she is no one Jesus should be talking to, at least by the dictates of his culture. Yet he stops to banter with her, not to preach but to make a connection. They join their sparks to repair one tiny corner of the creation.

Other animals may be shaped by their environments, but humans can choose to shape the environment instead. When we choose cooperation over competition, we help repair the world. Each spark we collect illuminates what it means to be created in the image of a creator. Our brokenness offers the potential to create something divine in a way unquestioned wholeness never could.

Comfort: Brokenness is not a final state; it is the beginning of reconciliation.

Challenge: We have busy lives, and ignore many of the sparks of creation. Where can you slow down and make connections?

Prayer: Lord, make me an instrument of your divine reconciliation. Amen.

Discussion: Are you by nature more cooperative or competitive? Why do you think that is?