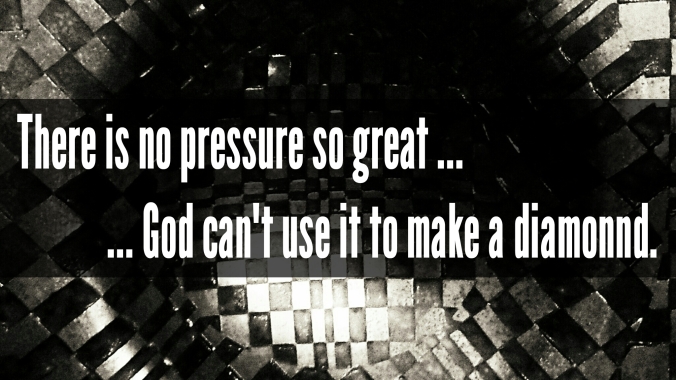 When we talk about peer pressure, we are usually talking about school age children. We worry their friends will pressure them into drugs, alcohol, sex, or smoking. We offer them overly-simplistic methods of dealing with peer pressure, such as “Just say no.” We repeat advice we heard from our parents (“If your friend jumped off a bridge …”) even though it had little if any effect on us in our own young lives. Peer pressure concerns us not only because so much of it happens beyond our sphere of influence, but also because in our hearts we know it is something we never escape.

When Jewish authorities accused Jesus of blasphemy and sedition, a man named Nicodemus came to his defense and suggested the Pharisees honor their own traditions and give him a fair trial. In response, the Pharisees asked Nicodemus: “Are you from Galilee too?” They knew he wasn’t, but the implication was that if he demonstrated sympathy toward Jesus, he would meet similar accusations. The Pharisees employed the ever popular tactic of defending the indefensible by diverting attention from their own bad behavior through implied accusations and threats. They were pressuring Nicodemus to conform to the group.

When Joseph McCarthy conducted his communist witch hunt, he silenced the opposition by implying anyone who challenged him must also be a communist and deserving of humiliating  investigation. For years anyone who publicly supported gay people would be subject to speculation about his or her own orientation. In today’s debate over immigration policy, words like socialist and racist are used to deflect and bully when emotions override legitimate arguments. Guilt by association is a powerful tactic of adult peer pressure, especially when we show compassion to the marginalized.

When we experience this form of peer pressure, let’s stay strong and remember the faithful testament of Nicodemus. In the end, he was present at the crucifixion and helped Joseph of Arimathea bury Jesus’s body. Our true peer group is not made of co-workers, friends, or even family, but of the saints – living and dead – who usher in God’s realm of justice and mercy.

Comfort: When we are pressured to act contrary to Christ, scripture and history offer great examples to inspire us.

Challenge: The next time your conscience tells you not to go along with the group, have the courage to speak up.