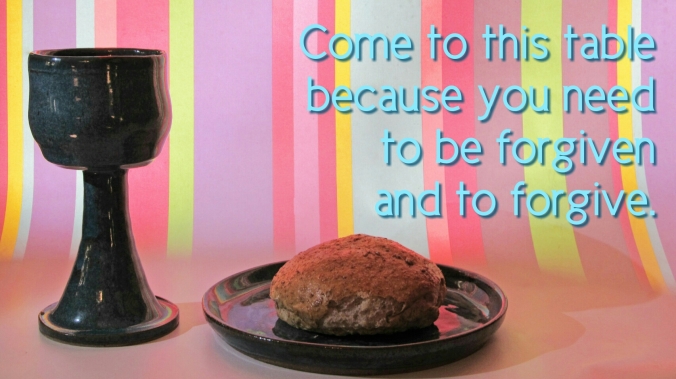 Today’s Sunday readings include the parable of the Prodigal Son. In case you’re not familiar, it is a story about a rich young man who demands his inheritance and squanders it on “dissolute living.” In other words: booze and prostitutes. It didn’t take long until he was broke and starving. He returned home, ready to apologize to his father and beg for forgiveness he knew he didn’t deserve. To his surprise, when he got home, rather than tear into him, his father ran to the gate, tossed a robe on his shoulders, and threw him a party before he could even get the apology out. His brother was unhappy about this turn of events and complained that in all the time he’d dutifully minded his father, he’d never gotten a party. The father told the brother: “Son, you are always with me, and all that is mine is yours. But we had to celebrate and rejoice, because this brother of yours was dead and has come to life; he was lost and has been found.”

Which brother are you?

I’ve been both. And that’s just this week. I’d lay money that’s true for you, too.

The church loves a good conversion story. We love the brother who has come home.We aren’t so enthusiastic about the brother while he is living among the pigs and visiting the prostitutes. We are definitely not crazy about the prostitutes, especially if they have the nerve to show up on Sunday. But here’s the thing: God loves every person in that story, at every point in the story, equally. Good brother. Bad brother. Good brother acting badly. Prostitute. Priest. Meth-head. Nurse. Philanderer. Philanthropist. Murderer. Mother.

So when a lost soul hoping to be found knocks humbly at our door and meekly begs a bite from our table, our job isn’t to ask them whether they’ve been the prodigal son or proper daughter. Our job isn’t to complain that we’ve been faithful all along and whine about the party we didn’t get. As Christ’s body on earth – as the only feet he has to run with – our job is to rush to meet them and tell them this isn’t just any feast, it’s one Christ has prepared for them personally, because he is so joyful they’ve come home.

In some way, large or small, we’ve all lost our way this week. Each of us comes to this table both hoping to be welcomed home, and obligated to welcome others … to be forgiven, and to forgive. Christ’s table is the loving Father’s gate, and we should always be running toward it from one side or the other.

May the peace of Our Lord Jesus Christ be with you all.