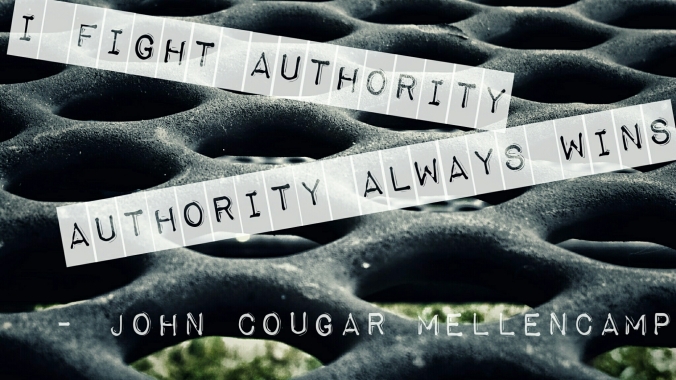 In Romans 13 Paul writes that earthly authorities are appointed by God, therefore we should submit to them. He asserts that anyone who has good conduct has no reason to fear the authorities. He claims “the authority does not bear the sword in vain” – that it does not punish people without good cause. Paul goes so far as to say resisting authority is equivalent to resisting God, a behavior worthy of wrath.

Does this accurately reflect our experience of authority?

Paul wrote this letter during a time when political and civil unrest threatened the status of the Jewish People in the Roman Empire. He wanted to prevent them from committing acts that would invite retaliation. This attitude must have been a divisive one, since so many of Jesus’ teachings and actions were aimed directly against the abuses of the Roman government. How could Paul bring himself to defend the empire that crucified his Savior?

Paul offered no qualifiers, but Biblical commentaries usually advise us his words apply only to just authorities. The problem is this leads to circular logic: the ones we like are just, the ones we don’t are not. After the last several presidential elections, whether the winner was a conservative or liberal, many people who supported the opposition claimed the winner was illegitimate. We take a similar view of federal judges: when we agree with their rulings, they are upholding the constitution; when we disagree, they are judicial activists. And in non-democratic countries it’s even more complicated.

What to do? One option might be to withdraw from the political process altogether, as some denominations do. Yet this option doesn’t seem to reflect the actions of Jesus, the many martyrs, and other advocates of justice who died standing up to authority. We might be better off to remember the only authority to whom we owe any allegiance is God. We’re going to disagree about what that means, but each of us is obligated to act as we believe God calls us to. If we have ears to listen, Christ and the Spirit will point us toward true authority.

Comfort: You don’t answer to anyone but God.

Challenge: You still have to live with authority.

Prayer: Creator God, Lord of Heaven and Earth, I am your creature, and will follow you before all others. Amen.

Discussion: When does authority rub you the wrong way?