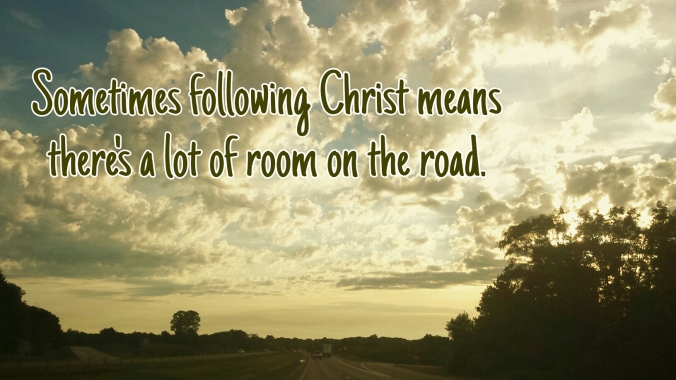 The character Barabbas is found in all four Gospels. During the Passover, Pilate had a tradition of pardoning one Jewish prisoner condemned to death. He gives the crowd a choice: they can free either Jesus the Messiah or a notorious prisoner. The crowd infamously chooses the prisoner.

Do you know the translation of the Greek name Barabbas is “son of the father?” The crowd literally chose between one Son and another. Because it seems we should condemn their choice, this story has been wrongly used to blame the Jewish people for Christ’s crucifixion. Had they chosen to free Jesus, the whole salvation story of the cross might never have happened. Whatever one’s theology regarding the cross and atonement, the story of Barabbas illustrates how God’s plan for salvation does not depend on the goodness of people, but unfolds despite our flawed nature.

Jesus (or more accurately, the Hebrew “Yeshua”) was not an uncommon name at the time, and some of the earliest versions of Matthew give the notorious prisoner’s full name as Jesus Barabbas. This makes the choice sound even more poignant. How many times, rather than choosing to let Jesus freely roam our minds and hearts, have we settled for a less-perfect substitute? In the 1961 film, Barabbas commits arson because he mistakenly believes it’s the end of the world and someone tells him Christians set Rome ablaze. How often do we mistakenly embrace a Christianity that would rather burn the world than die for it? We do it when we rationalize choosing the Jesus who allows us to value comfort over mercy, common sense over charity, or fear over faith, instead of the Jesus who sacrificed himself on a cross.

Yet these choices do not cause God to abandon us. We follow a risen Christ who seeks us; a shepherd who leaves ninety-nine sheep to redeem a lost one. The gospels don’t tell us the fate of the Biblical Barabbas, but Christ’s sacrifice was for him as much as for any of us. Like Barabbas, we live because Christ loved us unto death. May our choices reflect that love.

Comfort: Salvation unfolds regardless of our mistakes.

Challenge: Watch and discuss either the 1961 or 2012 version of Barabbas with friends.

Prayer: Merciful and Loving God, I will seek you above all things. Amen.

Discussion: The crowd thought it was making the right choice. When have you had to break from the crowd – especially a Christian crowd – to do the right thing?