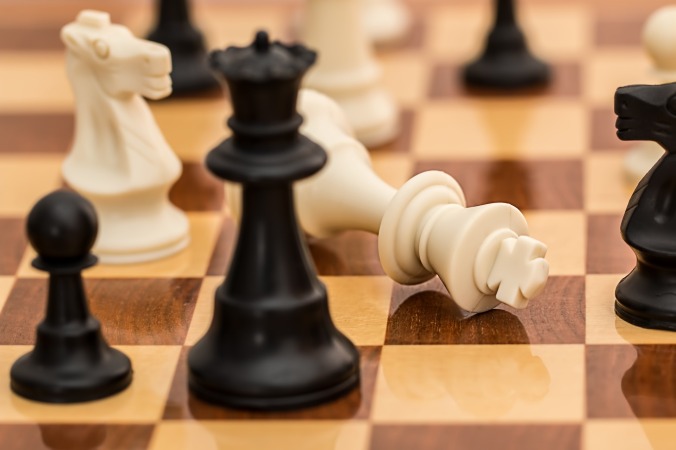 Absalom’s seizure of his father David’s throne was what we might call a bloodless coup. In the nine years between the rape of Absalom’s sister Tamar by David’s other son Amnon (the event which effectively destroyed their relationship), their father-son dynamic went from estranged, to distant, to cool, and finally to enmity. Absalom used much of this time to win the favor of the people of Israel and quietly plot against his father, whom he knew would be reluctant to do him harm. By the time David and his court realized the inevitability of Absalom’s usurpation, they could do little more than  flee to the countryside.

Both small changes and veritable revolutions can catch us unawares – especially when we don’t want to believe they’re happening. Surely David, steeped as he was in a lifetime of political intrigue, should have seen the warning signs. Perhaps his desire to be reconciled with a son he loved clouded his judgment. That same fatherly love had caused him to stay the hand of judgment when Amnon did the unthinkable to Tamar.

None of us have a kingdom at stake, but we should always be alert for those who would usurp the Kingdom.   Who are these people? Politicians who pay lip service to Christianity to further unrelated – sometimes contrary – agendas. Religious leaders who for personal gain exploit our desire to be generous and charitable. Cultural figures who use their Christianity – conservative, liberal, or moderate – as a sword instead of a plowshare.

Absalom won the love of the people before dethroning their God-anointed king. Like the proverbial frog boiled so gradually it didn’t notice, they probably didn’t realize when or why they were in hot water. Our church, our community, and even our nation can shift around us if it does so by nearly imperceptible degrees which we find easy to ignore because of love and loyalty.

Our own well intended perceptions can be skewed by many factors. If Christ remains our benchmark – our plumb line – we will be able to spot intentions and actions which claim the gospel but do not square with it.

Comfort: Christ is our most reliable standard.

Challenge: When you love or are loyal to something, don’t be afraid to be critical of it.

Prayer: Loving and righteous God, make your ways clear to me. Amen.

Discussion: Have you ever been part of a community group whose character changed, or wasn’t who you thought they were?