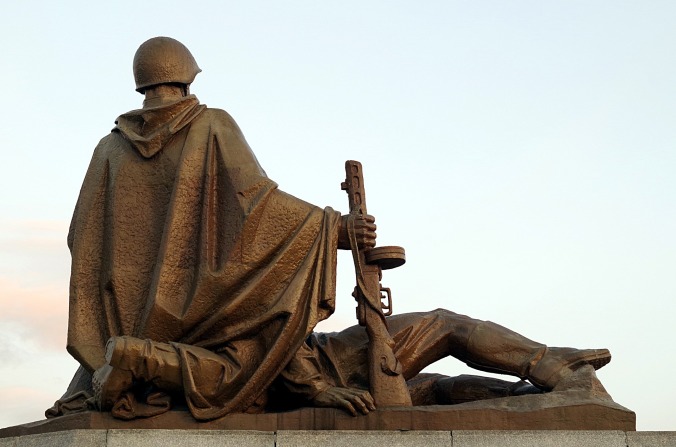 After David won back the throne of Israel, it was a case of snatching defeat from the jaws of victory.

With master strategy and a bit of luck, David’s forces defeated the forces of his son Absalom, who had forced his father off the throne and into the wilderness.  David had instructed his soldiers to let Absalom live, but as with all violence the consequences were unpredictable and Absalom was killed. David was distraught and retreated into isolation to mourn. Joab, the captain of his army, eventually approached him to say, “Look, we saved your life and won you your kingdom back and now you’re acting like we’re nothing. Acknowledge your troops or they’ll abandon you by morning.”

David was deeply experiencing an inescapable truth: any victory through violence is also a failure. A failure of life, a failure of love, and a failure of peace. David felt this because Absalom was his child,  but every slain enemy is somebody’s child. Every slain enemy is still God’s child. Does that feel like something to rejoice about? While it’s natural to celebrate victory, we should remember we are called to do good to those who would persecute us. Demoralizing our foes doesn’t eliminate them; it alienates them further. Had the Allies not been so punitive following World War I and allowed all of Europe to recover economically, who knows how things might have turned out?

Seeing our as enemies as fellow children of God, let alone grieving for them, makes it much harder to justify violence against them. The people knew David had lost his beloved son, but even that relationship was not reason enough to allow grief to exist alongside victory. Its very acknowledgment offended them into claiming David would have preferred them all dead if it meant Absalom could have lived. Allowing someone to humanize the enemy forces us to face uncomfortable truths, so David had to be dragged from his mourning chamber.

Doing violence, even when it seems necessary, damages us. If we must contemplate it, let’s also remember every one of our enemies is loved by Christ.

Additional Reading:
For thoughts on today’s reading from Mark, see Our Neighbors, Our Selves.

Comfort: Blessed are the peacemakers, for they shall be called children of God.

Challenge: Pray for your enemies – personal, national, and global.

Prayer: How precious is your steadfast love, O God! All people may take refuge in the shadow of your wings. (Psalm 36:7)

Discussion: Have you ever learned to see an enemy as more than just an enemy?