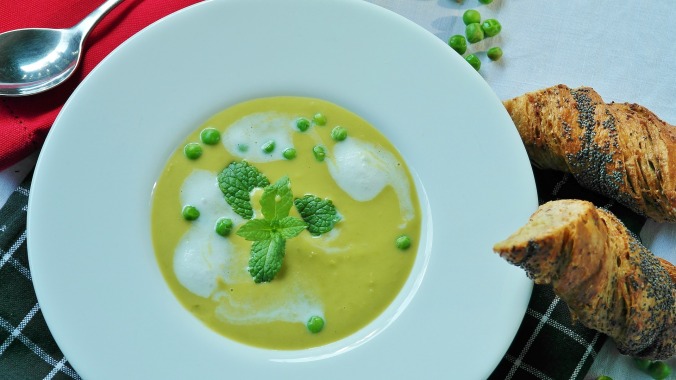 The Arameans and the Israelites were frequently at war. Because the prophet Elisha seemed to always be one step ahead of the king of Aram, the king sent an army of Arameans to surround the city of Dothan, where Elishah was dwelling. As the army approached, Elishah prayed the Lord would strike them blind, and they were blinded. Then Elisha tricked them into believing he would lead them to the man they sought, but instead led them back to Samaria and the king of the Israelites. The Lord opened the army’s eyes and they realized the tables had turned and they were surrounded in the heart of enemy territory. The king would have been happy to kill the Arameans, but instead Elishah directed the king to unleash the full fury of … soup and salad.

That’s right, Elisha had the king invite the Arameans to a feast, and then release them to return home. Afterward “the bands from Aram stopped raiding Israel’s territories.”

Could this be the sort of thing Jesus was thinking of when he told his disciples, “Love your enemies and pray for those who persecute you?” In Luke’s gospel, it’s even expanded to doing good to them and lending to them without expecting a return. When’s the last time you lent something to an enemy?

Whether our enemies are personal, political, or global, one sure way to keep them enemies is to keep treating them as enemies. Elishah’s example, and Jesus’s words, are also echoed in Proverbs and other scriptures: “If your enemy is hungry, give him food to eat; if he is thirsty, give him water to drink. In doing this, you will heap burning coals on his head, and the Lord will reward you.” Humanizing our enemies leaves them vulnerable to humanizing us in return, and that’s probably the last thing they want. Yet it’s the first step toward loving them.

Enmity may be forced on us by circumstances beyond our control, but how we treat our enemies is up to us. Whether you’re more motivated by burning coals or cooling tensions, loving our enemies is the path to eliminating them.

Comfort: You don’t have to return hate for hate.

Challenge: Invite an enemy to dinner.

Prayer: O divine master grant that I may not so much seek to be loved as to love. Amen.

Discussion: Have you ever been shown kindness or love by someone you considered an enemy? Did it change you?