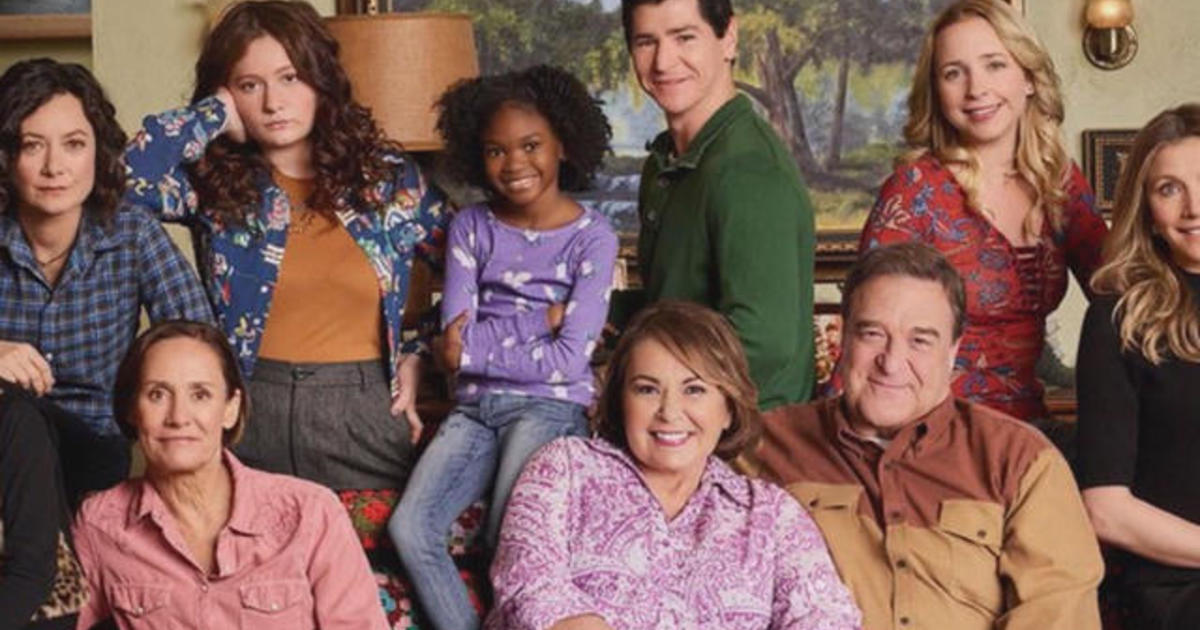 The Roseanne reboot premiered to spectacular ratings, despite the many liberal and progressive voices publicly declaring they would not watch it because of the titular star’s enthusiastic support of President Trump, and conservatives boycotting it for including a “gender creative” grandchild. If I had to label my own political leanings, I think of myself as a left-of-center moderate – which generally means plenty of self-identifying conservatives classify me as a liberal and self-identifying liberals as ideologically impure.

I watched the double-episode Roseanne premier and I laughed. A lot. Much like the Will & Grace reboot, the characters fell into their old roles and relationships pretty seamlessly. Divisive politics were a prominent theme, but isn’t that going on in living rooms all over the United States?

The last election created political rifts in my own family for the first time that I can remember.  It’s not that we’ve always been in lockstep over candidates or even issues, but that this last election felt personal in ways previous ones never had. I am grateful that we are now getting back to a place where we can discuss policy and issues, rather than litigating yet again the morality of voting for either candidate. What’s done is done. Once more we can delve into the nuances of immigration, economics, gun control, health care, racism and other issues with rhetorical passion but without personal venom.

For a while I was convinced one’s choice of candidate revealed something more significant about them than it actually did. It turns out voting for the “other” candidate doesn’t make you a monster. I just can’t bring myself to stereotype any stripe of voter because we were all the same people before and after the election. We didn’t have fascists and snowflakes (or people throwing around ridiculously inappropriate terms like fascist and snowflake) in the family before, and we don’t have them now.

What I think has been much more revelatory is whether post-election one is more loyal to parties, candidates, and ideologies than to ideas and principles. In other words, do you defend the indefensible because it’s “your team” or do you aim for consistency and integrity? Plenty of people on both sides have passed or failed this standard.

And that brings us back to Roseanne. Many people seem not to be able to put aside Roseanne Barr’s personal (though very publicly expressed) politics to give the show a chance. But Barr is hardly the only contributor to this endeavor. Executive producer and actor Sara Gilbert (daughter Darlene) and actor Laurie Metcalf (sister Jackie) are integral to the show, and both have political viewpoints very divergent from Barr’s. Actor John Goodman (husband Dan) is largely apolitical as far as public persona goes. Do Barr’s politics trump (no pun intended) everyone else’s because she gets top billing? No viewpoint is silenced. Everyone looks equally ridiculous.

Are we so entrenched – are our beliefs and worldviews so fragile – that we can’t tolerate exposure to any enterprise that doesn’t completely conform to them, even when it espouses other values we agree with?

The following paragraph contains a few spoilers to make some points, so just skip it if you like – you’ll still be able to keep up.

Most confounding to ideological purists might be the characters’ lack of adherence to stereotyping. Grandmother Roseanne forcefully defends the clothing choices of her grandchild Mark – who does not identify as transgender but does identify as a someone most comfortable in traditionally feminine clothing. Does that sound like the left’s characterization of a stereotypical Trump supporter? Even when it seems the characters are about to prove the stereotypes right – Roseanne refers to Hillary Clinton as “the worst person in the world” and Jackie can’t resist making a point of wearing a pink pussy hat and Nasty Woman t-shirt to their reunion after a year-long, politically-driven estrangement – the expected vitriol makes an appearance but is ultimately unsustainable. It would seem we can maintain the anger only as long as we can maintain our self-imposed distance, but once love and necessity force us to interact … we start to remember who we were. The differences don’t disappear, but they are reduced to a controlled simmer.

Politics may be the current vehicle of the new show, but it’s not the destination. Roseanne continues primarily to be about how a struggling family gets through life together. Once the pressing problems of health, employment, deployment, and identity assert themselves, the characters – and we – remember politics divides us much more than it ever solves anything. Getting through life together isn’t a matter of accusing and persuading, but loving and serving.

I believe the program we need right now isn’t one where everyone in the family has reached a unified liberal or conservative consensus, but one that shows us how to be family despite our imperfections and (sometimes very raw) disagreements. Like the Roseanne of decades ago, the current incarnation reflects what’s going on in our own living rooms and at our own kitchen tables. There’s room for everyone – and for everyone to be pissed off. This cast has obviously become a family in more than a scripted sense, and as such they have learned to harness their common goals toward creation rather than let their differences drive them to enmity. Like it or not, that’s progress.