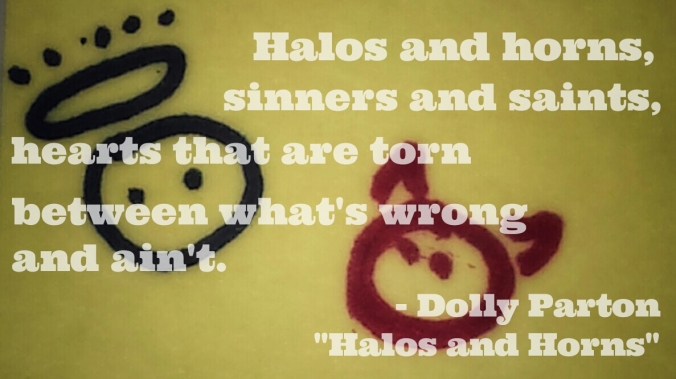 A friend once said no matter how obviously stupid a behavior is, if there’s a law against it someone has tried it. So the Baltimore, Maryland law against taking a lion to the movies really gives one pause. A more sobering example, child labor laws exist because not enough people found it otherwise important not to exploit children. My friend also said if we passed a law against drinking bleach, Clorox speakeasies would pop up everywhere. It can be hard to tell whether rules were made to be broken, or  made for the broken.

After God announced the Ten Commandments at Mount Sinai, the people of Israel fled from the foot of the mountain and begged Moses not to let God speak to them directly. They said they feared hearing God’s voice would kill them, but it probably also shamed them. Indirectly God was saying: “I know what’s in your hearts: murder, adultery, theft. Just don’t.” When Moses said God was trying to put fear into them so they would not sin, he really meant fear. Sometimes it’s all that keeps us in line.

Whether or not we are optimistic about human nature, Jesus demonstrates we can be better. Preceding his ministry, he fasted in the desert for forty days. Afterward, when he was at his weakest, the devil tried to tempt him.

Turn the stones to bread?
Man lives on every word from the mouth of God.

Prove yourself by leaping off this cliff and letting angels save you?
Don’t test the Lord.

Worship me and rule all you see?
Worship no one but God.

Jesus said these things were written, and they were, but except for the third they weren’t hard and fast rules. There was no law about turning stones to bread, no specific definition of testing the Lord. Christ consistently showed us obedience to the law was only the beginning of being faithful to God. He tells us love is stronger than fear. He invites us to be more than followers of law, but lovers of God and humankind. When love trumps fear, obedience is not a burden but a joy.

Comfort: Everyone is tempted. We can depend on Christ to help us resist.

Challenge: We like to believe willpower should be enough to handle temptation, and can be pretty hard on ourselves when we feel we’ve failed. Read this article on the limitations of willpower and how to make real change.

Prayer: Gracious God, thank you for loving me enough to set rules, and trusting me enough to live beyond them. Teach me to rely on your love to make good and just choices. Amen.

Discussion: How can you implement the principles you read about in the challenge link?