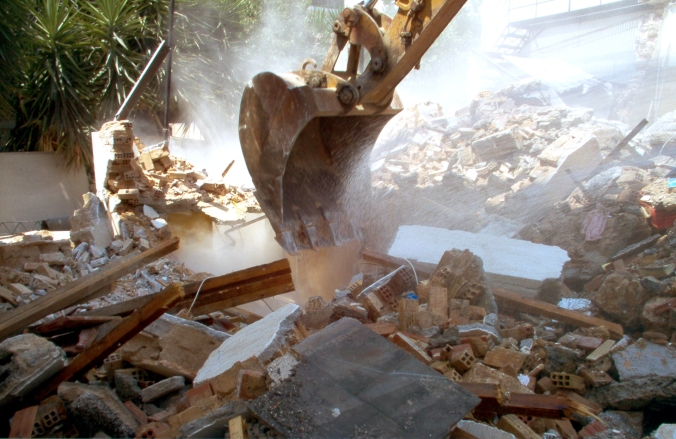 Upon passing a site undergoing renovation, a quick glance may not reveal whether it is in the stages of demolition or construction. They can look similar for a long time. The church has been undergoing renovation for centuries, and to bystanders (and members) the status may not be quite clear.

What do we think when we hear someone described as “religious?” Even if we consider ourselves religious, we may not automatically assume that person is similar to us. Increasing numbers of Americans—including those who regularly attend Christian churches—identify as “spiritual but not religious” to avoid the stigma of religion. For their book unChristian, David Kinnamon and Gabe Lyons surveyed a group of young Americans—Christians included—and 85% or more described Christians as hypocritical and judgmental. 70% described them as insensitive to others. We can be reasonably skeptical about statistics, and some of the authors’ conclusions about how the church should respond are debatable, but are the results surprising? Not really.

As the church, let’s follow Paul’s advice to the Romans and spend less time denouncing the world and each other, and more time building each other up. When people hear “Christian” they should think of people who share with anyone in need, who visit the sick and imprisoned, and who love God with “gladness and sincerity of heart” (Acts 2:46).

If Christianity is known mostly for the things Christians won’t do and the people they won’t embrace, whose fault is that? If our main concern is moralizing when we are as prone to sin as anyone, why wouldn’t the world see us as hypocrites? Some people will always be intractably bigoted against the religious, but our reputation is our own responsibility. We can change the perception of the world by choosing to build rather than demolish. This broken world needs people who participate in mending it, not in grinding it into irrecoverable pieces.

Early Christians stumbled and lost track of the Good News when they began judging each other. Maybe we can avoid the same mistakes by asking not who is sinning, but who is hungry, ill, poor, or unloved.

Challenge: Be a builder, not a destroyer.

Discussion: Have you ever caught yourself being a bad representative of Christianity?

One thought on “Tearing down or building up?”