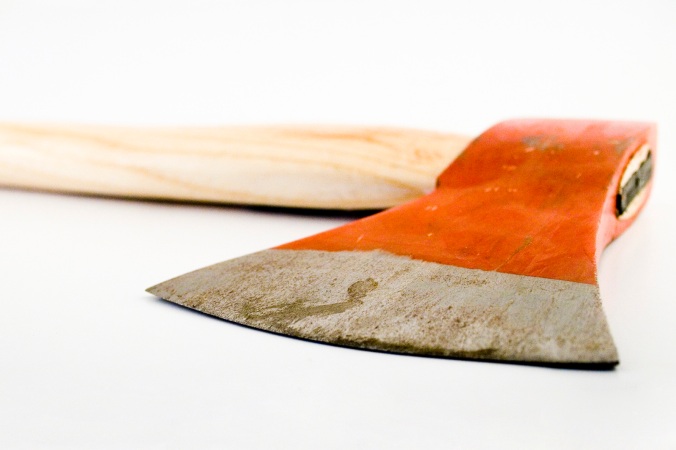 Considering how little effort he made to appease anyone, John the Baptist’s popularity was kind of surprising. He called the people who came to him for baptism a “brood of vipers.” He warned them to take no comfort in being descendants of Abraham (that is, of Jewish descent) since God could raise children to Abraham from the stones. He compared them to trees who were about to get the ax for bearing bad fruit.

Many people took God’s favor for granted because they were born into Judaism. They fell into the assumption that being (somewhat) observant Jews made up for a lot of other bad behavior. Are Christians much different today? It’s awfully easy to decide that if most Christians engage in certain behaviors, they must be acceptable. That sort of thinking is a dangerous trap. After all, Christians of the not-so-distant past (and some in the present) have used the Bible to justify slavery, domestic violence, bigotry, and war. These stances were not radical, but normal.

John told the people what repentance looked like: if you have a spare coat or meal, give it to someone who has none; don’t rip people off; don’t be greedy if you already have enough. As Christians we can look back in hindsight and wonder how these acts of decency weren’t obvious choices, but remember that it took nineteen centuries more for the western world to criminalize owning people and beating your wife. Just because lots of Christians do something doesn’t make it good and just.

In another one or two centuries, what things that today’s (somewhat) observant Christian does or tolerates will seem obviously unjust? Denying health care to people who don’t believe the same things we do? Finding new excuses to soothe our consciences when we turn away refugees who don’t look or sound like us? Being more upset by methods of protest than about the circumstances which make them necessary?

John called his followers to prepare the way of the Lord. He encouraged them to start by being honest with themselves. Let’s stop pinning our lack of mercy on Christ.

Comfort: God is more merciful than we would allow.

Challenge: Ask yourself what people are outside the limits of your mercy.

Prayer: Merciful God, teach me to discern my will from yours. Amen.

Discussion: Have you ever knowingly distorted scripture to support your own biases?

Join the discussion! If you enjoyed this post, feel free to join an extended discussion as part of the C+C Facebook group , visit comfortandchallenge.tumblr.com, or follow @comf_and_chall on Twitter. You’ll  have the opportunity to share your thoughts with some lovely people. Or feel free to comment here on WordPress, or even re-blog – the more the merrier!

One thought on “Ax to the Roots”