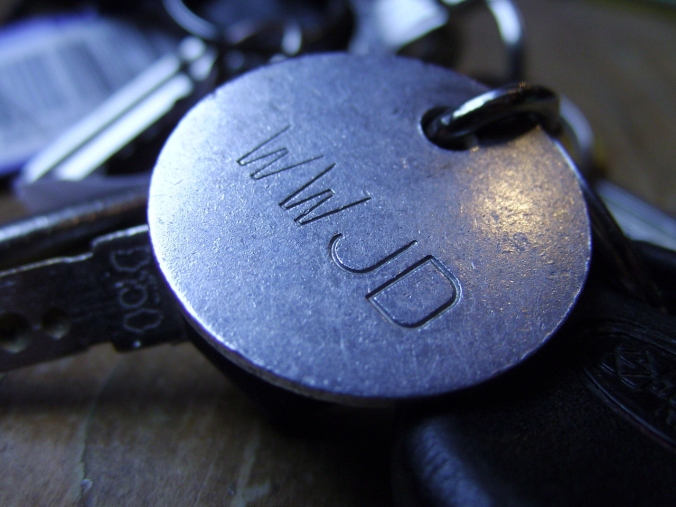 When the chief priests asked Jesus by what and whose authority he acted, he declined to answer. Instead, he offered a parable about two brothers whose father told them to work in the vineyard. The first refused, but then went; the second said yes, but didn’t follow through. Which, Jesus asked, did the will of his father? Then he said:

Tax collectors and prostitutes were not considered “nice” people. Chief priests, the wealthy, and the other usual suspects  were (are?) considered polite society.  Even today we reward people more for blind obedience to the rules than for confronting unjust conditions. We would have more sympathy for refugees “if they followed the rules” though they flee the same types of horrors as did our ancestors who had far fewer rules to contend with. We wouldn’t dismiss protesters “if they were more polite” even though the times they make us uncomfortable are the only times we choose to listen to them. We insist on courtesy from the oppressed before we will acknowledge – let alone help relieve – their suffering.

Then we have the nerve to wear WWJD* t-shirts. Did the pharisees think Jesus was a “nice” guy?

An insistence on niceness always favors the powerful – because nice people don’t challenge the status quo. Jesus didn’t seem too keen on enabling the powerful status quo. So what did Jesus do?

He spoke up for the underdog.
He fraternized with all the “wrong” people.
He named hypocrisy when and where he saw it.
He cared more about people’s stories than their status.
He spoke the truth even when it made “nice” people uncomfortable.

Nice is easy. Kindness is complicated. Nice is cheap. Justice costs us. Nice is love in theory. Discipleship is love in practice.

* What Would Jesus Do?

Comfort: When you are unjustly persecuted, God is with you.

Challenge: When someone’s method of delivering a message makes you uncomfortable, make an effort to listen for content, not emotion.

Prayer: May God be gracious to us and bless us and make his face to shine upon us, that your way may be known upon earth, your saving power among all nations (Psalm 67:1-2).

Discussion: Valuing authenticity over niceness does not mean having free reign to be deliberately unkind just because we feel like it. When is the last time you were unnecessarily unkind?