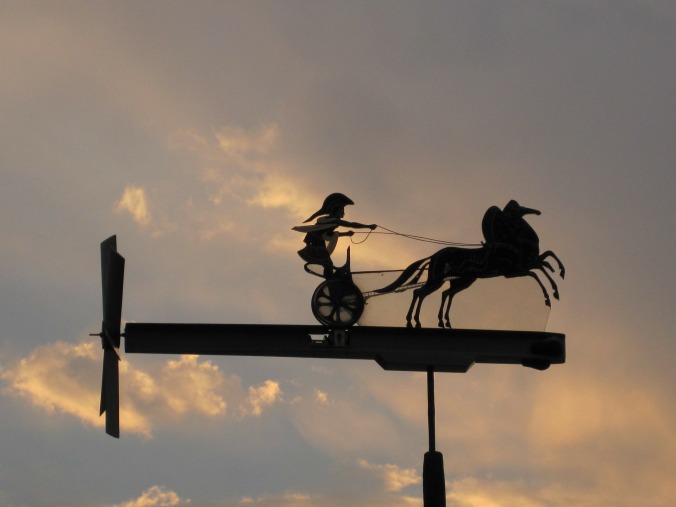 The Book of Lamentations, written in response to the destruction of Jerusalem at the hands of the Babylonian empire, is a dark, heavy text offering little comfort of hope. Each of its five chapters is a complete poem unto itself. Though the author acknowledges God’s wrath was not unprovoked, he is bewildered by the Lord’s utter lack of mercy. He compares God to a foe of the people, and suggests the consequences far outweigh the nation’s sins.

In the second chapter of Lamentations, eyes fail from weeping, children faint in the streets from hunger, and the slain gather dusts in the streets. The author wants to know how the Lord could loose this devastation on the nation he loved as a bridegroom loves a bride. Yes we did some bad things, the author recognizes, but how could we have expected this? Oh … right … all those prophets.

When I worked with a church youth group of high schoolers, a young man approached me with a crisis of faith. He was devastated that God had not answered his prayers. His feared his girlfriend was pregnant despite all his (and one assumes her) prayers that it not be so. This was going to ruin their lives, he said. How could God let such a thing happen? It was a little surprising how in his mind he’d rationalized a situation where God’s character was the one in question.

But people speak often as if they had no part in contributing to the dire yet completely predictable situation in which they find themselves. Pregnancy doesn’t just happen. Neither do massive credit card debt, affairs, disciplinary action at school or work, drunken altercations, or committing oneself to strange gods. Yes these can be complex and all-too-human mistakes (well, most of them), but using that as an excuse just leaves us prone to making the same (or worse) ones again.

Israel couldn’t begin to repair her relationship with God until she owned up to her role in damaging it. Why risk the same sort of consequences, even if on a much smaller scale? Being honest about our own culpability both empowers us to initiate change and heal relationships with loved ones, ourselves, and God. We can lament if we must; it seems inevitable if not necessary. But then it’s time to do the hard and honest work. We like to avoid blame and guilt, but admitting to them is the first step in leaving them behind.

Comfort: God does not want us to live a life weighed down by guilt…

Challenge: … but we have to live with it before we can lose it.

Prayer: My Lord and creator, nothing about me is hidden from you. Help me to be transparent and honest with myself as well. Amen.

Discussion: How do you react to feeling guilty?